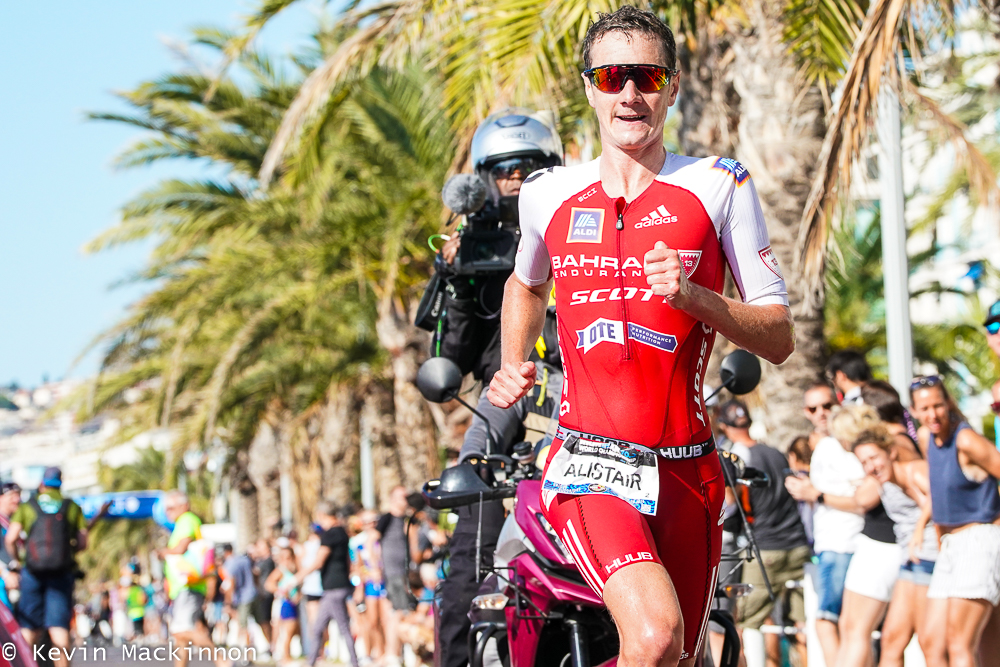 Alistair Brownlee, the greatest Olympic distance triathlete of all times, is soon having is debut in Ironman Hawaii. Can he win in Kona?

Alistair might be the most aggressive racers in triathlon. You just got to love his style of racing. Trying to lead the swim, make a breakaway on the bike and finish of with the fastest run. Having always been one of the fastest runner the tactic did not make much sense. He could be comfortable during the swim, sitting well placed and not using too much energy on the bike, then just dismantle the others on the run.

I don’t think a passive tactic every crossed his mind. Its been full throttle from the first stroke to the last stride. The aggressive form of racing is what have to lead him to reach the incredible athletic achievements. In Kona, I believe that it will be his downfall.

When the faster Olympic distance athletes have stepped into the 70.3 distance, the completely changed the dynamic. Now, it’s a true race from the gun goes off. They push on the swim and push harder on the bike. Making or catching up to the breakaway, like Gustav Iden did, was paying off more than riding steadier, like Kristian Blummenfelt did. With such a high level of physical capabilities, you can push really hard for the 3h45m or less time it takes to finish.

In full Ironman distance racing, I just have not seen that kind of racing happen successfully before, especially not in Hawaii. It’s much more about efficiency and patience. There is definitely a race with a high pace. The early part of the bike is raced very hard, but it does settle. I don’t think Alistair, despite his tremendous fitness, can pull everyone else on the bike, making a break and then run well. There is a limit on how much heat the body can shed and how much energy the gut can absorb. The kcal must be used wisely. He must be patience, tactical and able to just sit in the pack.

Alistair is obviously smart enough to understand all this, so why can’t he just be patient and tactical? Maybe he can, but the 70.3 Worlds in Nice made me doubt. He blew past Gustav Iden early on the run, who held a 3:10-15min/km pace. After just a few kilometers he faded. It’s always easy to say that it was a bad choice after the fact, and it would probably not have changed the results if he went out in a more realistic pace. To me, however, it was an obvious «suicide mission» that would in no way bring him from T2 to the finish line as fast as possible.

In a 70.3 distance race in relatively mild conditions, a too hard start is going to punish you, but not in a catastrophic way. Doing the same in the Kona heat and humidity will force you to walk up Palani Hill, with 28km left on the running course. If he is going to stand a chance against the brutal conditions in Hawaii he must rewire his «do or die» mindset to a rational mindset.

I am stocked about Alistair finally having his debut in Kona and stocked about a fit and furious Jan Frodeno on the start line again, and stocked about Sebastian Kienle’s amazing performance in Frankfurt, and a fit Lionel Sanders, and a dark horse Cody Beals. I believe it’s going to be the most competitive Ironman Hawaii ever!