In late January I took a VO2max and lactate test after Bicimetrics got Mathias Nothegg in NOM Training, which normally housed in Gran Canaria on a visit on Mallorca.

The test protocol was as following:

Start cycling at 80 watts with an increase of 40 watts every four minutes to exhaustion. Lactate samples are taken at the end of every 4 min, while the other parameters are measured continuously.

My VO2max ended at 70.0 mL/min/kg after 2.5 minutes at 400 watts weighing in at 68,5 kg. It’s exactly the same result I got last time I tested VO2max for almost 2 years ago. Disappointed? In some ways, yes. Initially only a lactate test was planned and that does not require 100 % recovered legs to give a good result. Therefore I chose not to waste a potentially good training day and spent the day in advance to ride 6.5 hours in the Tramuntana Mountains. It was a very nice ride but it also made sure that my legs were not super fresh for the testing. In combination with missing the mental edge to push 100 % I felt I gave up the test to early and underperformed.

That said it is 70.0 in VO2max good on the bike (have I historically been better when done running) especially considering that test protocol is not optimized to give the highest possible VO2max. In other VO2max tests the workload is increased with 30 watts each minute so the time to exhaustion is shorter and you will be able to push a higher top watt and also higher VO2max. Mathias believed that it could have given me a couple of more mL /min/kg higher result by that test protocol, but the point was not to get VO2max value as high as possible at all cost. A high VO2max crucial for a being a excellent endurance athlete, but when you come up to a certain level in VO2max it is not that important anymore. To put it another way, 70 is almost a minimum level for an endurance athletes at the elite level, but there is no clear correlation between performance and VO2max when VO2max in athletes is typically between 70 and 90, which you will find at the Tour de France.

So what is the point of test on highest possible VO2max value is not so significant? We get a lot of other significant information that enables me to control my workout more efficiently.

To become more efficient on IM Race Pace as suggested Mathias that I should do more 20 minute intervals at 280 watts with a gradual build-up to 6 x 20 min with 5min break.

The length of the FTP intervals mine, which I typically have done 4 x 15 minutes or even more, he recommended reducing the time to 6-7 x 7 minutes at 330/340 watts.

Are you considering taking a VO2max and lactate test? Mathias Nothegg in NOM Training is highly recommended because of the good information I got about the significance of the results and his recommendations on adjusting the training program. He keeps to Gran Canaria / Lanzarote and a lactate and VO2max test costs € 229 and is worth every euro. He will be back in Mallorca for the period of 15 – 21 of March so get in touch if you are interested and on the Island then. 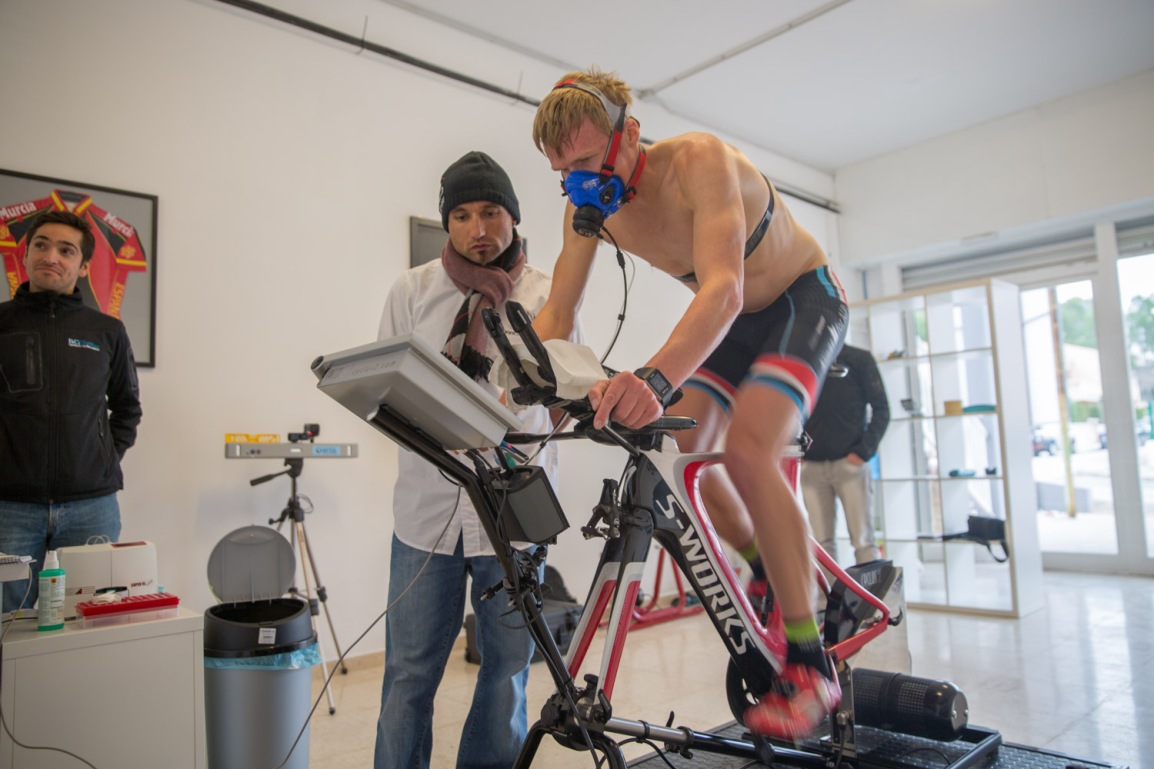