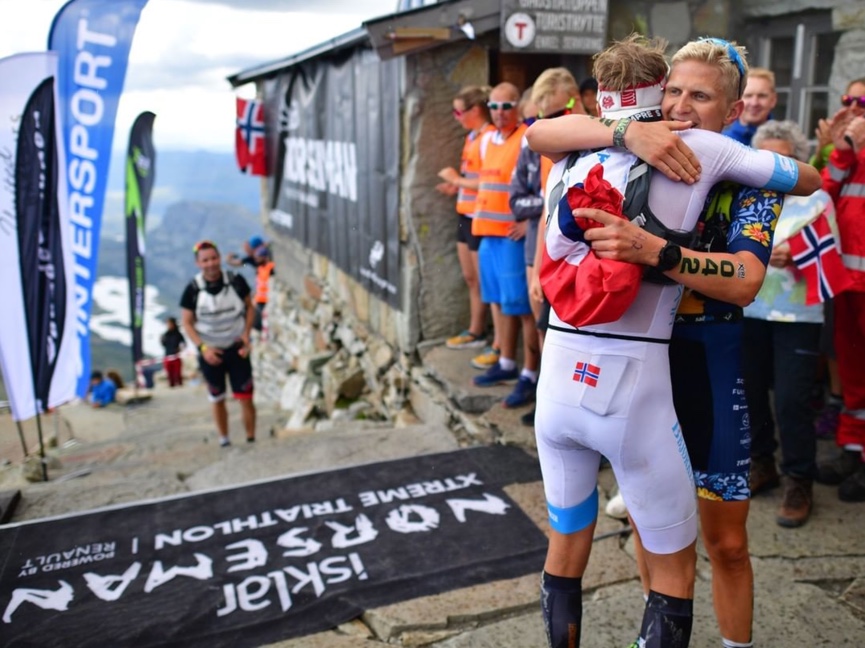 Norseman was the A-race this year and my goal was to win. At least that was what I said to my sponsors and everyone else. In that, I failed. I didn’t win. Most people imagined how bitter it must have been, racing for ten hours, leading nearly three of them, then being caught with 100 meters to go. How disappointed I must have been. I can reassure you that I am totally fine.

I understand that it is difficult to believe, but it is not about winning. It never has been. My triathlon journey started in 2008 when signing up for Norseman. I wanted to challenge myself and doing the impossible, at least when I looked upon as impossible. More than ten years later, that is still what I want to do. Challenging myself and moving boundaries of what’s possible.

In that regards Norseman 2018, when I won with a solid margin, I failed in that. I did not move any boundaries, rather cruised in the final stretch when my lead was up to 23 minutes at most. I was disappointed over my own performance. With that metric as a KPI, this year`s Norseman was one of my biggest successes.

Together with my supporter Henrik Oftedal I had been running maximal sustainable pace the whole way up the mountain, not putting my guard down for a second. When I saw Hans Christian 30 meters behind me I started a final sprint, challenging my own thought about holding the maximal sustainable pace. It ended after a few seconds leaving me barely able to walk on the little plateau with the elevator entry. The victory was lost, but I reached my true goal. Giving everything I f**** got.

The moment, which most other must have looked upon as devastating, felt peaceful. It felt like I crossed my personal finish line. I made it. I reached the state where it was absolutely nothing left in the tank. I had done everything in my power to push as fast and hard as possible.

Most people don’t understand, which I understand. We live in a «winner takes it all» world. Lucy Gossage, the female winner of Norseman, who I got to know well before and after Patagonman, understood. She won with a margin of 30 minutes. Winning like that sure feels good. However, it lacks the excitement, it lacks the fight and it lacks moving boundaries. It lacks the core reasons why me, and many with me, are doing triathlons.

Don’t feel sorry for my result in Norseman. Be happy for the epic battle and excitement it brought to the race. Be happy for the interest it injects to Norseman and be happy for my motivation to do everything in my power not never ever let it happen again. Next year I will absolutely crush it 😉

2 kommentarer til “It`s not about winning”