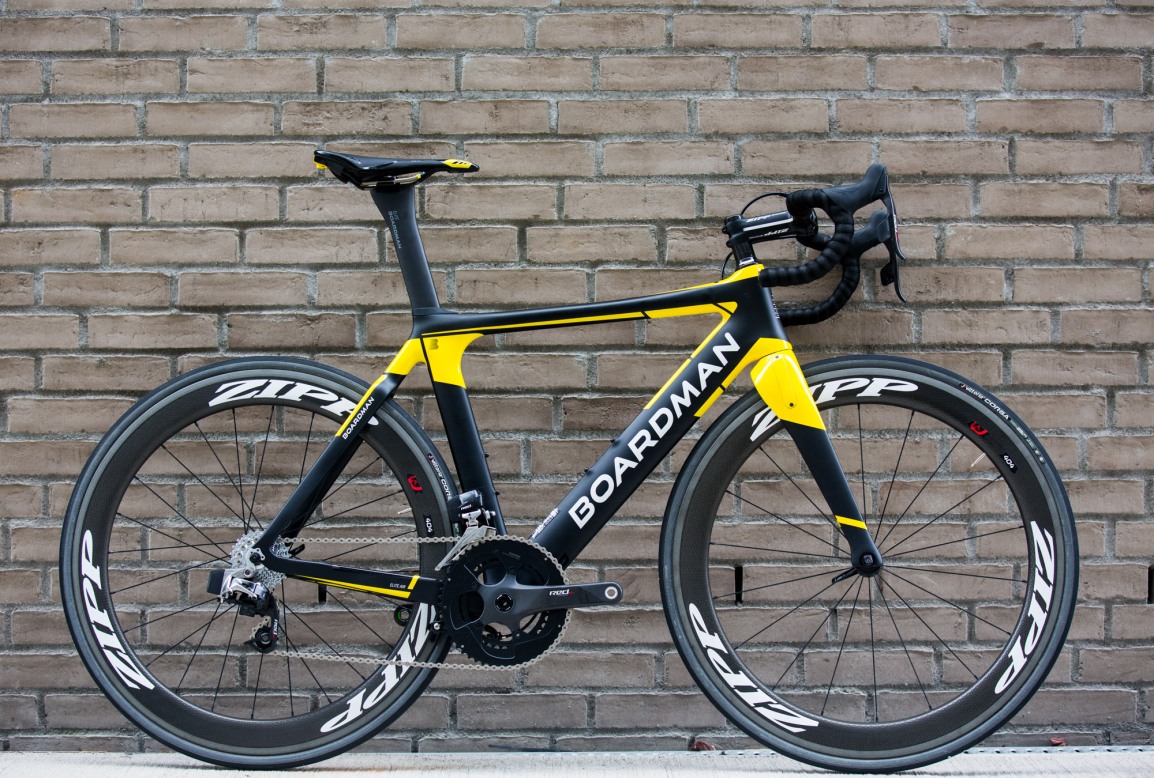 Note that Boardman Bikes is one of my sponsors

TT-bike or road bike for Norseman, which bike to choose? That question has been discussed thousands of times. A few days ago Norseman had a live session with their sponsor Intersport where they discussed the topic together with last year winner Lars Christian Vold.

Basically, the answer is, if you have performance in mind the TT-bike is the better choice. That is Lars Christians view, Lars Petter Stormo (winner 2016) and my own view.

However, if you take an aerodynamic road bike, put on aerobars and get an identical riding position as your TT-bike, would the answer still be the same? Even as a “Messiahs” for the TT-bike, I honestly am not certain of the answer.

My Boardman TTE Signature is aerodynamically better than my AIR 9.9, but how much better? For the fun of it, let’s estimate 15 % better aerodynamic performance in favour of the TTE. Since the total aerodynamic drag from the bike and wheels is only about 20 %, the gain will be 15 % of 20 %, which is equivalent to a total gain of 3 % increase in aerodynamic performance. In regards to time that would be translated to roughly 3 minutes and 22 seconds, over a flat 180 km course*. The Norseman course is, as we know, not flat. The AIR 9.9 is just over 1 kg lighter than the TTE. Would that decreased weight give an overall positive performance? That is a really good question! 1 kg less weight in the more than 50 km of uphills with just under 5 % average incline will, in theory, save you a bit more than 2 minutes.

If everything goes according to schedule I will be able to give the TTE a “run for its money” against the AIR 9.9 in the wind tunnel at the Boardman Performance Center, which opens soon. That would give me the numbers that I believe will give you the best possible answer to the monumental question; TT-bike or racer for Norseman? In the meantime, we could have a look at my AIR 9.9 and take a guess. Note that I, of course, will be mounting on aerobars.

*The calculations are done in the Gribble calculator with the following factors:

4 kommentarer til “Boardman AIR 9.9 – The ultimate bike for Norseman?”