Ironman Barcelona is one of the biggest Ironman events in the world and a very popular way to end the season for people all over the world. Especially UK is well represented but there are quite a lot of Norwegians and other Scandinavians as well. The name, IM Barcelona, could be a bit misinforming. The race is not actually in the city of Barcelona, but in Calella, a small holiday town about 50 km west of Barcelona. I guess that IM Calella does not sound as attractive. If you are planning your whole stay in Calella, you are not going on a big city holiday, but to a touristic small town with endless beaches. In many ways it give me the associations to Alcudia in Mallorca. 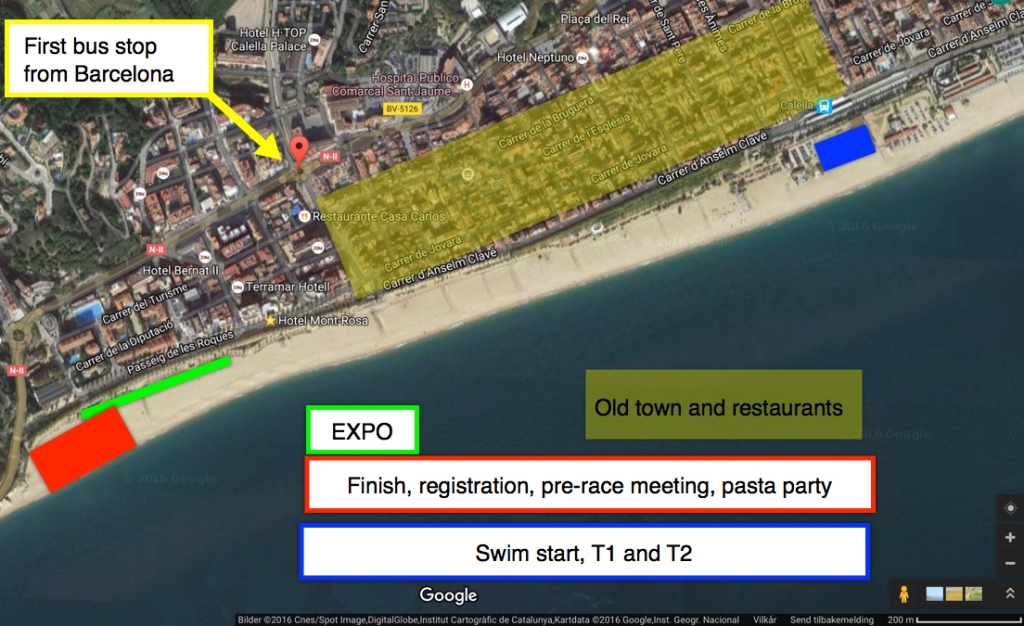 The obvious way is taking the plane to Barcelona Airport, which is rather accessible from wherever you may live. Getting from Barcelona to Calella on the other hand is not that obvious.

Usually there is a “perfect” location for accommodation on races, which is as close to Start/T1/T2/Finish area as possible. In IM Barcelona there is no such location since Start/T1/T2 is one place and Finish/Registration/Expo area is 1,6 kilometers further down the beach. Staying near both places has their pros and cons, but you would not go wrong if you choose a hotel near the start or the finish, or some place in between. If you choose to travel by train I would have picked a hotel as close to the train station as possible which is also right next to the start area. 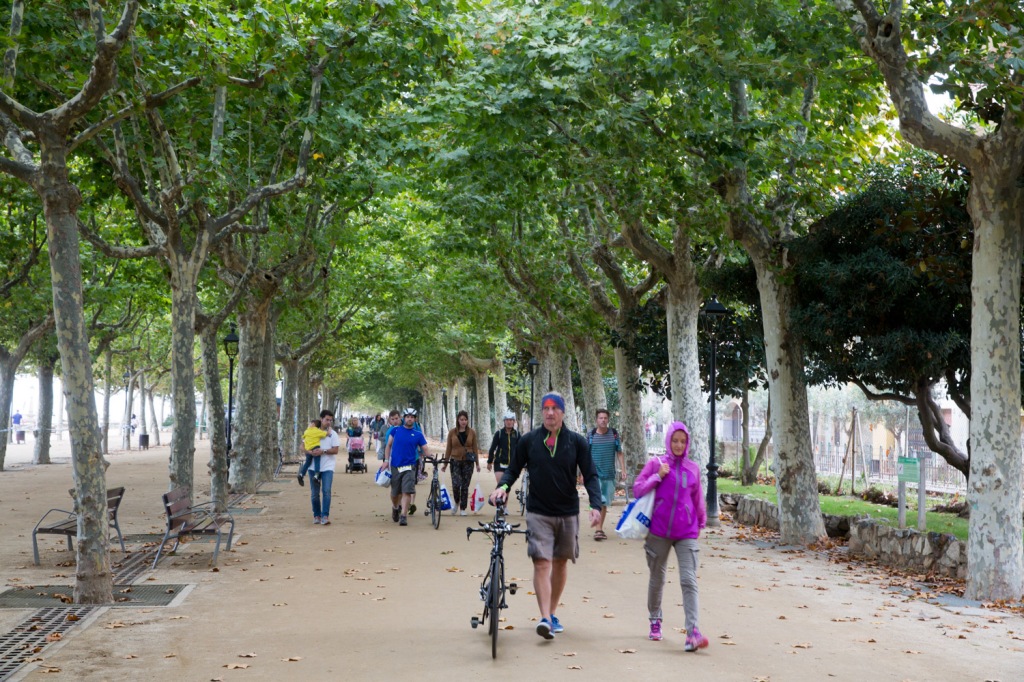 Both times I have stayed at Hotel Mont-Rosa, which is right next to the beach and close to the finish/registration area. I find location the location to be very practical, both regarding actually doing the race but also if you are getting to Calella by bus. The hotel standard is not the best and I would recommend (as always) bringing with earplugs. Many people are there to do the Ironman, but most people are not. Many are there to party, and while its not turning in to Ibiza at night there might be some people singing and shouting in the streets around. Paying €88 for three nights including breakfast, lunch and dinner is a bargain (1 p on single room). The food is obviously not Michelin rated, but if it’s one occasion that plain and boring dishes with simple carbohydrates does the work, it’s the days before a race.

The start of October is outside the typical vacation season and there is quit good capacity in the hotels, so I recon most of the hotels will have a fairly good price.

The most popular restaurant in Calella is, by my observation, McDonalds. While eating there is on my “no-go” list I must admit I stopped by for a McFlurry after the race. There are plenty of restaurants Calella, and I guess most of them are fairly good. With cozy restaurants serving good, healthy Mediterranean real food there is absolutely no reason to make McDonalds your restaurant of choice. The restaurants are mainly located from “the main street” and in the “Old City streets east”.

If you want to buy groceries I would recommend the larger supermarkets like DIA.

The last days before a race the best thing is probably to do as little as possible. At least I have enough with my pre-race preparations. After the race you should celebrate, eat and enjoy your amazing effort. Calella is a small town that in my opinion can be experienced enough in a couple of days, just walking around in the town. If laying on the beach is your post-race activity of preference then Calella is a perfect place to be. Personally I am too “rastløs”, and want to see more. Using the rest of the vacation in Barcelona would be my choice.

I don't know if compression boots actually works in terms of performance, but they really feel good after a long run 🦶🏼😃